Red Cloud Renewable Energy Center is training Native Americans from around the country in renewable energy so they can then share this solar know-how with their reservations and homes nationwide.

Henry Red Cloud is the direct fifth generation descendant of Chief Red Cloud, one of the last Lakota war chiefs and one of the most famous Native Americans in history. Henry Red Cloud was born and raised on the Pine Ridge Reservation in South Dakota, home of the Oglala Lakota Nation, where living conditions are extremely difficult. 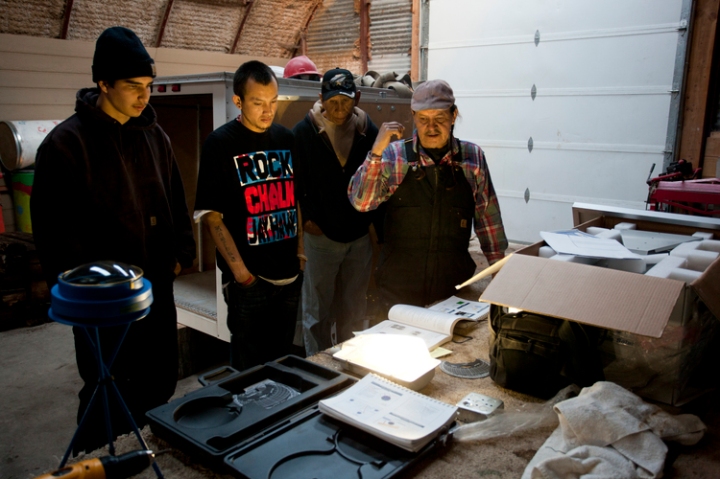 On the Pine Ridge Reservation, where Henry Red Cloud lives, about half of the residents live in poverty. Utility bills are often as high as $600 each month.

In an interview with Newsy, Henry Red Cloud said: “As natives, we embrace renewable energy. It’s in our language, our song, our dance, our ceremonies. Renewable energy can help families to have lights for the first time and then have running water — all of the necessities that we take, if we do have it, we take for granted.

“We’re gonna learn this new way of honouring that old way and then becoming sustainable – starting to create our own economies, creating a small business, putting some people to work.”

Henry Red Cloud and other trainers at RCREC remind tribes that they can live sustainably and show them that by embracing clean, renewable energy applications there is a way to get back to a traditional relationship with Mother Earth.

In addition to educating about the benefits of renewable energy, RCREC’s workshops are creating green jobs for residents of Pine Ridge, as well as visiting trainees from other tribes.

As tribal leaders learn how to incorporate sustainable technology into housing plans, employment training, and energy strategies, the impact will increase exponentially.

Henry Red Cloud has been championing renewable energy since 2006, when he set up Lakota Solar Enterprises (LSE), one of the first 100% Native American-owned and operated renewable energy businesses, to help manufacture and install solar air furnaces.

Since 2008, the Tribal Renewable Energy Program has provided green job training to more than 180 tribal members in residential and facility-scale renewable energy applications.