The Tree Planters, a series of photographs by photojournalist Rita Leistner, is a tribute to tree planters in Canada where tree planting is considered a rite of passage.

Modern tree planting is a crucial part of Canada’s national identity as a world leader in sustainable forest management. It has resulted not only in changing the culture but also the mind sets of the nation.

The Tree Planters series was photographed in British Columbia during the span of 2016 and 2017, where Rita Leistner was embedded within the planting camps of Coast Range Contractors.

An acclaimed war photographer, Rita Leistner, became intrigued by tree planters for the nature of their job and how persistent it was. Her current works present the tree planters gallantly wielding their shovels as weapons, dirt on their bodies and their physically fit exterior. 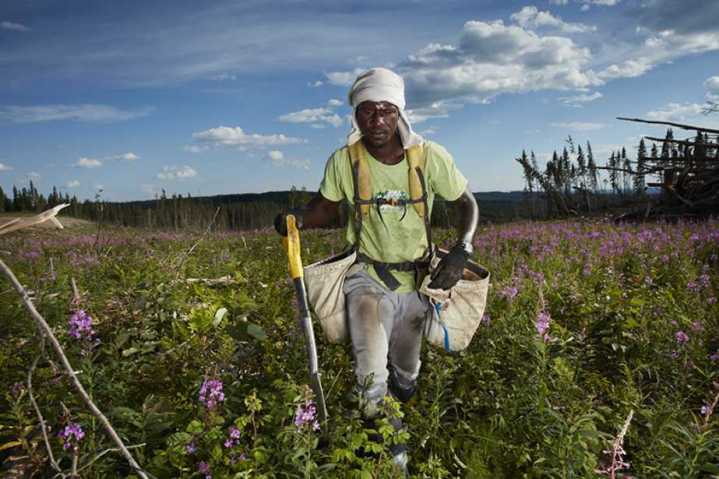 The Tree Planters will be exhibited in Vincennes, Paris at Festival America from 19 September to 7 October 2018