If you venture into Copenhagen’s surrounding woods, you are likely to you paths with six giant trolls all made from recycled materials and trash.

Created by artist and designer Thomas Dambo, The Six Forgotten Giants, which are hidden throughout the forests of Copenhagen, can only be found with a treasure map or by stumbling upon nearby stones featuring poems riddled with clues. 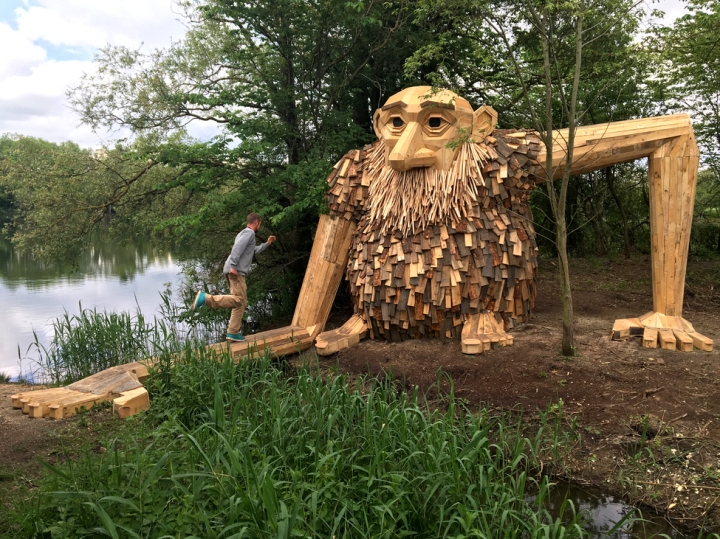 Among the sculptures are Sleeping Louis, who covered by trees and nature is taking a nap on the hill; Oscar under the Bridge, who appears to be helping in supporting a bridge; Teddy Friendly, who stands by a stream; Thomas on the Mountain, who was built with the help of local school children; Hill Top Trine, who rests on top of a little hill; and Little Tilde who stands in between two trees and harbours 28 birdhouses inside. 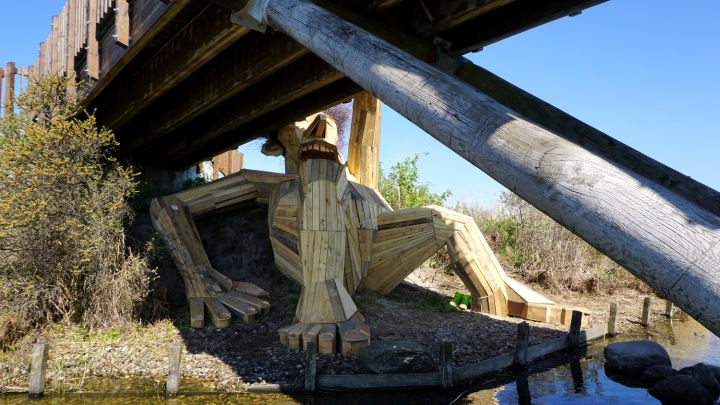 Having grown up in the area, Thomas Dambo created the huge giant sculptures to inspire both exploration and conservation. He also wanted to encourage people to explore the great outdoors, and areas of the region that are not necessarily found in guidebooks.

Thomas Dambo said: “The sculptures are found in some of my favorite places around the city, places where people don’t go to often, because it’s off the beaten track. The sculptures can only be found by using a treasure map, or a poem engraved into a stone near each sculpture. These give hints on how to find the different giants.

“I hope my art will inspire people to see the big potential in recycling and taking better care of our planet.” 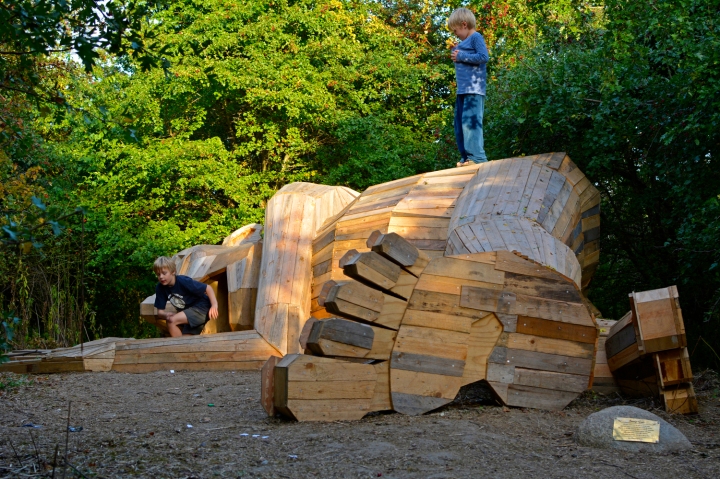 The artist, who calls himself a “recycle art activist”, is hoping to inspire people to have fun and think of trash as a resource.