Hair naturally collects oil hence the use of shampoo, and on a much larger scale, hair can be used to clean up oil spills. Such ingenuity led to hair stylist and innovator, Phillip McCrory, partnering with the Matter of Trust charity to create the Clean Wave programme, which uses clippings of hair from salons, fur from pet groomers, fleece and feathers from farmers, and even laundry lint to produce felted recycled fibre mats that are used to soak up oil spills and help keep storm drains and waterways clean.

There are over 2500 oil spills a year on average. There are also over 370,000 hair salons in the US and over 200,000 pet groomers. They each cut on average two pounds (one kilo) of hair/fur per day. These fibres can be felted into mats or stuffed into recycled burlap sacks or pantyhose in order to make environmentally friendly booms and waddles which soak up oil.

Mats are used by hazmat teams in oil spill cleanups and by public works departments in storm drain cages to keep motor oil drip spills out of waterways. Booms are best for encircling spills or “sandbagging” a beach to keep sands clean. 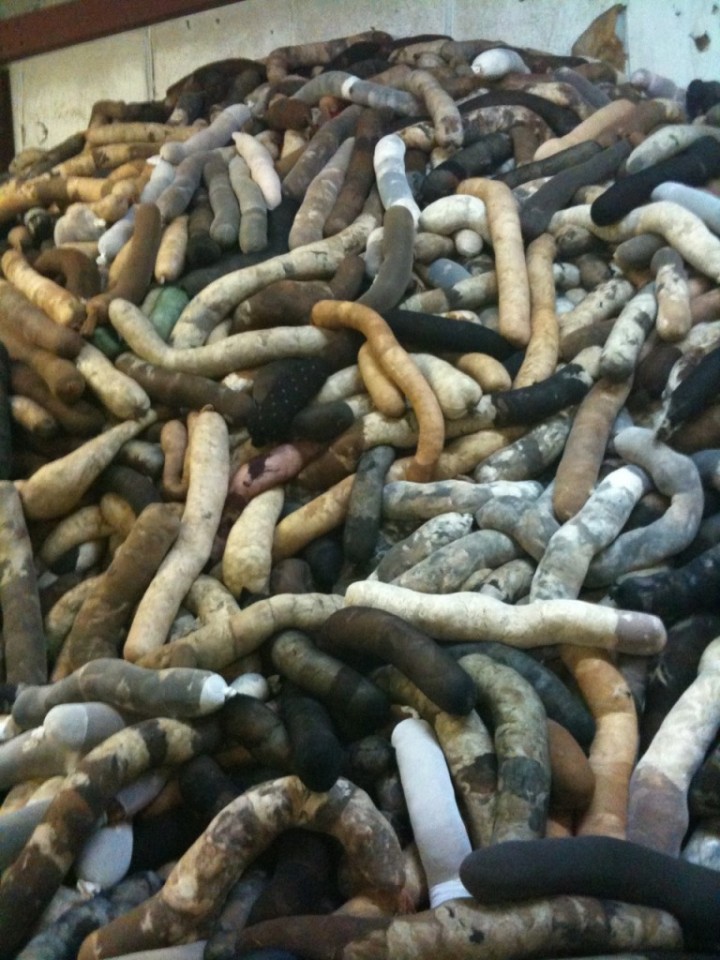 The idea to use hair to clean up oil spills came to Phillip McCrory when he had been washing an oily head of hair while watching CNN coverage of otters covered in petrol during the Exxon Valdez accident in Alaska in 1989. He noticed how the oil was attracted to the hair of animals surrounding the disaster; coating their fur and feathers.

It occurred to the hair stylist that with each client’s hair that he cut, he was essentially cutting fibrous matter that could be used to soak up oil spills. Deciding to experiment, he took a few pounds of hair, shoved it into a pair of his wife’s pantyhose and tested his hypothesis with used motor oil floating in a tub of water. It, of course, worked.

Matter of Trust say: “Our goal is to divert fibres from the waste stream, sort them into useful stockpiles, create replicable, sustainable green jobs, and manufacture renewable material products that clean our waterways.”

Matter of Trust’s has a model factory site in San Francisco, known as the Eco-Industrial Hub, where they make hair mats. The Hub, which gets 16 million visitors a year, is also used as an exhibition site where they have exhibits on clean air, water, energy and ideal materials.

One thought on “Clean Wave: Collecting cut hair to help save the environment by soaking up oil spills”