The Brazilian Amazon is the subject of a new Brazilian drama series, Aruanas (Sentinels of Nature), which aims to raise awareness of the threats to the environment while bringing “people closer to the need for environmental protection”.

Environmental thriller Aruanas follows three female friends who set up an NGO called Aruana that investigates the suspect activities of a mining company operating in the Amazon rainforest.

The activists, each one following their own investigative leads, have discovered evidence of a renowned national mining company running an illegal project. The plot unveils an anonymous cry for help, people mysteriously falling ill, assassination and threats to indigenous people.

As the women unravel a dangerous web of environmental crime and secrets, they also must deal with their own ghosts and personal dramas.

Although the 10-part series is fictional, Aruanas is inspired by true events. The series also focuses on environmental journalists and activists in Brazil’s Amazon, where 57 environmental defenders were killed in 2017. Over the last three years, Brazil has ranked number one in the number of activists killed, and in 2018 the Amazon reported a deforestation spike of 14%, the worst rate in a decade.

The Globo and Maria Farinha Films co-production, which brought Greenpeace on board as a technical advisor, is now streaming on Globoplay in Brazil and on Vimeo-powered platform aruanas.tv in more than 150 countries.

Written by Estela Renner and Marcos Nisti, Aruanas seeks to elevate the importance of environmental advocates, who work at the risk of their own lives to defend justice, equality and a more sustainable world for society and future generations.

Estela Renner, Aruanas creator, director and writer, told Drama Quarterly: “Mining is a huge environmental issue. We also talk about illegal gold mining, which puts so much mercury into the rivers and everything becomes sick – the rivers, the soil and the people.

“Maybe people can connect with NGOs and see what they’re doing. We didn’t want this to be too on the nose. We want to stay for several seasons through the characters and their lives, and it does have a happy ending. There are so many series with a dystopian future; dreaming collectively of a good future is important because it has power.” 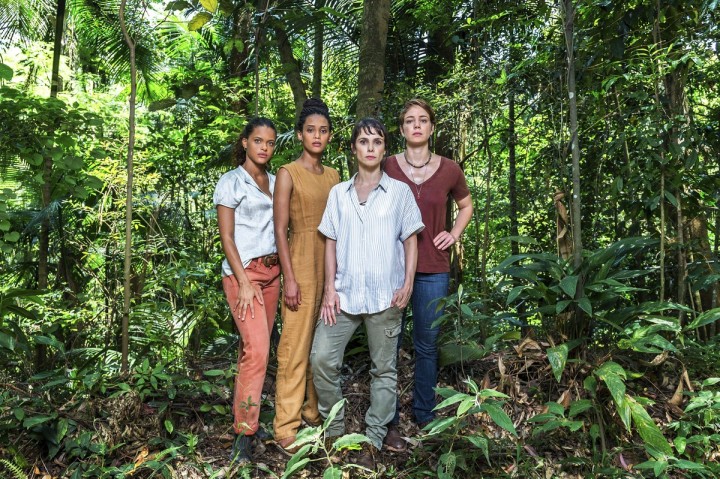 In a statement Maria Farinha Films added: “Aruanas is an invitation for us to dream of a more just and sustainable future. It is entertainment put at the service of a pressing and important global cause, by taking the debate about the conservation of rainforests and work of environmental activists to the whole world.”

While Aruanas is focused on sustainability, this was also reflected throughout the  production itself. To cut down on waste, the series recycled and reused clothing in 90% of all its costumes. Of the crew and leading actors, 47% were women, while a third of the cast were from the region of the Amazon where the series was filmed.

From July to October, 50% of online sales on aruanas.tv will be donated to an initiative, which has yet to be disclosed, designed to protect the Amazon rainforest.