iBi Foundation Cleanup Boat, a solar-powered catamaran equipped with its own ocean cleanup system, is helping to collect and remove plastics from the ocean in Ibiza and the Balearic Islands.

The catamaran’s integrated cleanup system includes a high-grade inox steel framework with tight nylon netting that is connected between the boat’s two hulls. Operated with a central winch, the netting is lowered into the water to scoop up plastic waste. The system is designed so that marine life and seaweed can easily be released back into the water without any suffering.

All plastics collected by Catamaran iBi are then processed in a responsible manner at local waste processors or receive a wonderful place in artistic projects by interested artists. 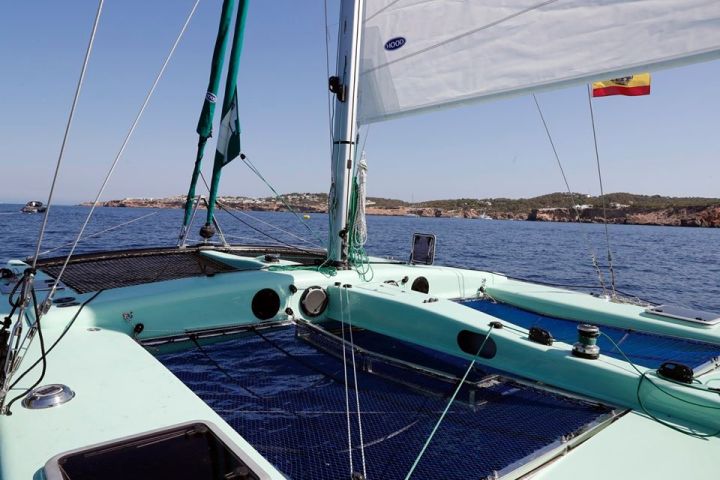 iBi Foundation Cleanup Boat was first released into the waters in August 2019 as part of a collaboration between green boating champions, La Belle Verde (LBV), who created the catamaran, and ocean conservation charity, iBi Foundation.

LBV, which started life as a boat chartering company in 2014, own a fleet of seven solar-powered catamarans, which it charters to tourists and locals to the Balearic Islands. Founded by two captains and a marine biologist, the LBV team see all small crafts and sailing vessels as exciting projects to convert to electric, hence the solar-powered collaboration with the Netherlands-based iBi Foundation.

According to LBV, the solar-powered boat, which sails seven hours per day, are able to clean approximately the equivalent of 30 Olympic-sized swimming pools per day.

iBi Foundation, who now operate the catamaran, encourage volunteers to join them on the sail to help collect rubbish from the sea around Ibiza and the Balearic Islands. 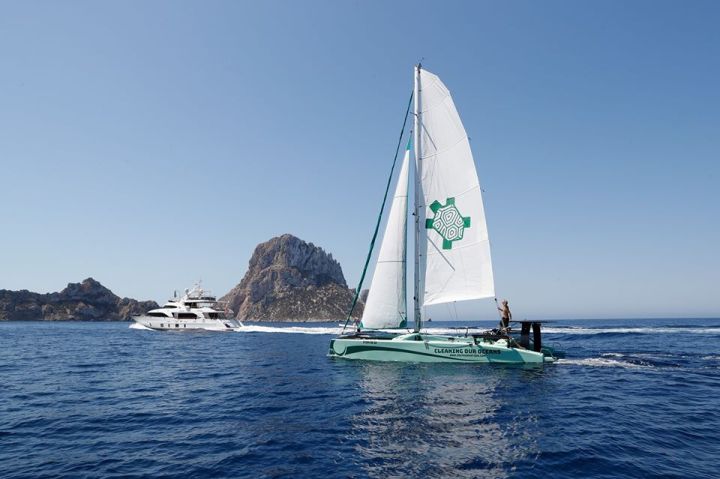 Ed en Joke Pronk, founder of the iBi Foundation, said: “Our goal is to create widespread awareness and clean up as much plastic as possible from the oceans. Hopefully, in the future, we can grow the fleet and use even more catamarans with a similar system. We hope this will encourage other people to start similar projects around the world. Ideally, we want to collect all the floating plastic pieces from the sea around Ibiza and the Balearic Islands and help to keep it clean in the future.”

iBi Foundation hopes that their solar-powered cleanup catamaran will encourage other people to start similar projects around the world.